In an increasingly digital world, developers and designers alike are relying on development workflows in order to deliver high-quality products quickly.

These processes often involve a variety of tools from concept creation through the final release—from using Figma for design, a Content Management System like WordPress, a version control system like Git, and test automation frameworks and other technologies that can streamline the process along with plenty of manual effort where needed.

Communication is key when it comes to development workflows, especially those that involve collaboration between designers and developers across different teams or departments within an organization.

Establishing clear channels of communication—like Slack, email threads, or project management platforms like Asana—is essential for ensuring timely updates about changes to designs and code requirements are shared with the relevant parties so everyone is on the same page at all times throughout the process from concept creation through launch date.

Working with a remote team or collaborating with different departments can be difficult, but effective communication is essential for efficient development workflows.

To speed up your workflow and reduce costs associated with repeated efforts for designing similar components multiple times over again, take advantage of reusable components when possible within Figma designs so you can easily make adjustments where needed instead of creating new ones from scratch every time something needs updating or changing in production environments after building it out in Figma first.

Reusability is a key concept in modern web development. By taking advantage of pre-existing components, designers and developers can save time by not having to create everything from scratch every time they build out a feature or page for their project.

Modern tools like Figma make it easier than ever to quickly access shared design elements that have already been created and used multiple times across different projects within an organization. Plus, since designs are stored on the cloud everyone who needs access to them, can be provided access easily.

Reusable components are an invaluable tool when it comes to development workflows. When developing a WordPress website from Figma concepts, it not only helps streamline the process and make changes faster, but it also reduces redundant tasks so both parties can stay focused on achieving their goals within a given timeline.

Version control tools are essential for keeping track of edits across different files and versions during long-term projects with multiple collaborators working on them at once.

Version control tools such as Git are essential for keeping track of changes made to a codebase over time so that you don’t lose any previous versions if something goes wrong during an edit or adjustment. They allow designers and developers alike to maintain clean records on who worked on what when and revert back to earlier states quickly should anything go awry along the way.

Automation is key for any in-house development workflow. Utilizing automation tools to automate tedious tasks like exporting from Figma into production environments can save both designers and developers valuable time when compared with manually performing the same task every single time there’s a need for an update in production sites or applications.

Tools such as Figma2HTML, Fignel, or others that can help speed up this process significantly by automating the export of elements designed within Figma directly into codebase in order to be used immediately. New tools are being released all the time to make this process easier and faster for organizations.

Be cautious of all automatic export Plugins for Figma: these types of tools be be powerful and save a team a lot of time. Other times, they can be the source of grief and difficulty.

Automation & export plugins can save significant amounts of time, so we’re always excited to learn about these new tools.

Testing is an essential part of any development workflow, as it ensures that the software being produced meets quality assurance standards before being deployed to production environments.

Once development workflows move from design to production, testing is a critical step. Establishing an efficient way of running test cases for every feature or page being built will help ensure any bugs are detected quickly and can be addressed before launching the product live. Automated tests can also save time with frequent updates in the future by reducing manual labor efforts that might otherwise have to take place if changes were required after launch dates due to incorrect specs during initial implementation phases..

To streamline this process, test automation tools are often used by teams in order to quickly identify bugs or defects during testing cycles without having to manually check for them one-by-one every time a release takes place.

Automation can also be leveraged when it comes time for deployment after everything has been tested successfully; by automating the deployment process with containerized applications or cloud services like AWS, developers are able to deploy updates much faster than if they had done so manually every single time something needed updating across their application’s featuresets.

Quality assurance should never be overlooked when creating web applications from Figma designs—it’s an integral part of any successful development workflow since poorly coded sites can create usability issues both internally (for end users) and externally (to those who might be trying out your product).

Regardless of the tools being used or project size, don’t overlook testing and QA. QA processes ensure that the product you’re releasing meets all specifications and standards according to industry best practices—and can help catch small errors before they become major issues in production environments after deployment.

Developers and designers are often faced with the challenge of creating high-quality products in an efficient way. This is especially true when it comes to development workflows, which involve moving from design tools such as Figma into production environments where they can be used by end users.

To create successful web applications that meet customer needs, developers and designers must establish a streamlined workflow—from concept creation through launch date—that takes into consideration all aspects of the process including communication channels between teams, leveraging reusable components for faster turnaround times, utilizing version control tools like Git for codebase tracking, and more.

We hope these tips will help your organization make a smoother transition into development from your Figma concepts. Take some time to explore all the solutions available to organizations interested in developing a new digital asset, be it a website, app, or software, and how you might use these solutions to benefit your organization’s mission.

Join 344 other leaders, founders, and influencers in our growing community.

Join our free newsletter. Insight you can’t get anywhere else. #buildtogether

"You could charge a high fee for this newsletter... I can't believe its free" – David Parnam, founder Katrina is a developer, designer, author, and thought leader on topics including Development and Figma. For more from Katrina, find her on twitter and follow her on medium. 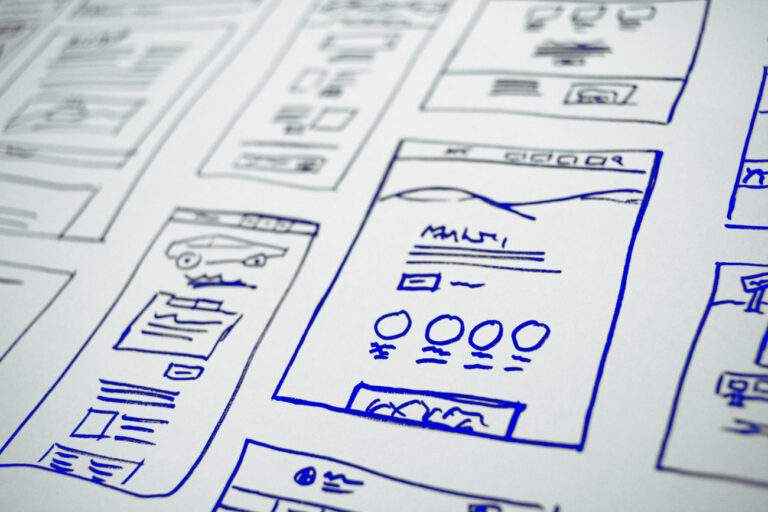 What is white-label development? Why are organizations choosing white label dev solutions?

Modify – What is it? How can we use this Figma plugin? How to export images in WebP from Figma?

What is Figma Tokens?

You design it, we build it. Translating perfect designs, perfectly.
Figma to WordPress

All Insight & Articles related to Development and Figma.

All Support Docs related to Development and Figma. Competitive market analysis is an important tool that helps organizations gain insight into competitors, identify new opportunities, increase efficiency and optimize decision making, as well as strengthen their position in the marketplace. It provides valuable information that can be used to reassess strategies, marketing plans, product features or services in order to stay ahead of the competition and increase profitability. In today’s rapidly changing markets it is essential for companies to utilize competitive market analysis in order to remain successful. Bespoke WordPress websites for organizations of any size and any industry.
WordPress Development
WordPress Solutions

You design it, we build it. Translating perfect designs, perfectly.
Figma to WordPress

What is the best Find and Replace plugin for WordPress?

Should we Switch From Squarespace to WordPress for our website?

How can we migrate WordPress to another hosting?

Modify – What is it? How can we use this Figma plugin?

How to export images in WebP from Figma?